The California brown pelican is a subspecies of the widely distributed brown pelican. They live in flocks which include both sexes. They have a wingspan to over six feet.

In the sixties and seventies Brown Pelican populations plummeted due to their consumption of fish that contained the pesticide DDT. DDT caused their eggs to be very thin and brittle which produced a very high mortality rate for their young. Due to the banning of DDT and the protection of a listing as an endangered species they are coming back.

Under the protection of the endangered species act the Brown Pelican has staged a dramatic comeback. They have now reestablished nesting colonies in the Channel Islands on Anacapa and San Miguel where they had disappeared as early as 1940. 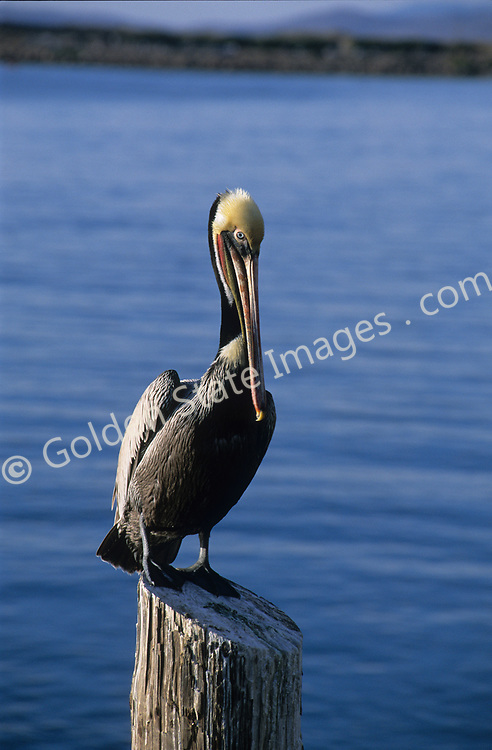