Up until 1905 the Salton Sea basin was a vast dry lake which had held water several times in the past thousand years. In 1905 after an abnormally heavy winter season of rainfall and then snowmelt the man made Imperial Valley dike was breached. The flow from the Colorado River took nearly two years to be controlled. The result was todays Salton Sea.

The Salton Sea continues to shrink due to evaporation. The water which is left is ever more saline. 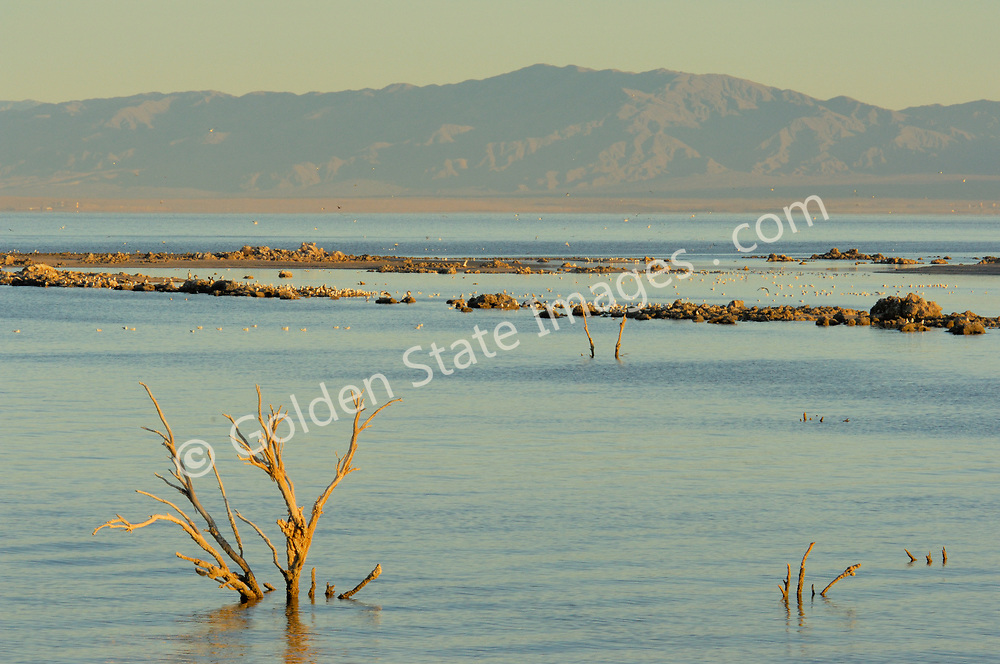