Viewed from the Cabrillo Bridge, the 200 foot California Tower, located in The Museum of Man is devoted to anthropology with an emphasis on the peoples of North and South America. 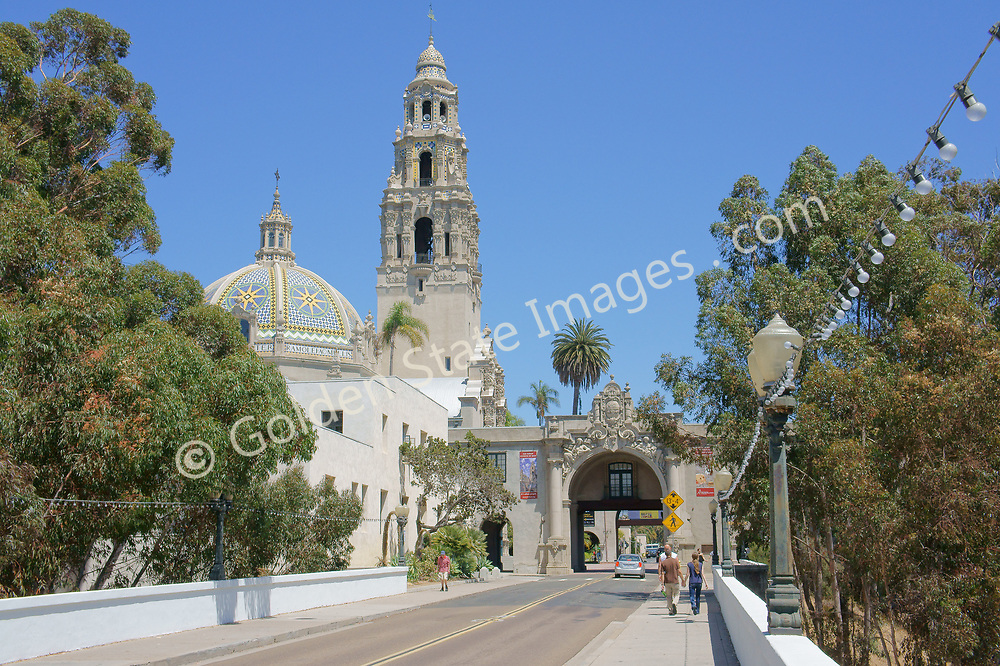